We would like to offer our sincere support to anyone coping with grief. Enter your email below for our complimentary daily grief messages. Messages run for up to one year and you can stop at any time. Your email will not be used for any other purpose.

Share a memory
Obituary & Services
Tribute Wall
Read more about the life story of Barbara and share your memory.

ROME, NY ~ Barbara Ann Marcellus, 90, a life-long resident of Rome, passed into the hands of the Lord on Wednesday, January 11, 2023 at Bethany Gardens in Rome.

Barbara was born in her home in Rome, NY on September 14, 1932, the daughter of Edwin M. and Thelma Forbes Schonbachler, and was a 1951 graduate of Rome Free Academy.

In addition to being a mother and homemaker, Barbara worked as a New York Telephone operator from 1951-1953, and for ROAMA during the early 1960’s. In 1966, she began a long career as a clerk/typist with the Oneida County Social Services Department, working primarily in Utica, and then in Rome during her final years few years before retiring in 1994.

Barbara was an avid reader, enjoyed doing puzzles, and most of all, spending time with her grandchildren and great grandchildren.

In addition to her husband, she was predeceased by her son-in-law, Richard Ziegler.

A Mass of Christian Burial for Barbara will be on Saturday, January 14, 2023, at 11:00 a.m. at St. Peter’s Church, Rome, with the Rev. Sean O’Brien, Pastor, officiating. Spring burial will be in St. Peter’s Cemetery, Rome.

Memorial donations may be made to St. Peter’s Church Memorial Fund.

Messages of condolence and online obituary at www.scanlonfuneral.com.

To send flowers to the family or plant a tree in memory of Barbara Ann Marcellus, please visit our floral store. 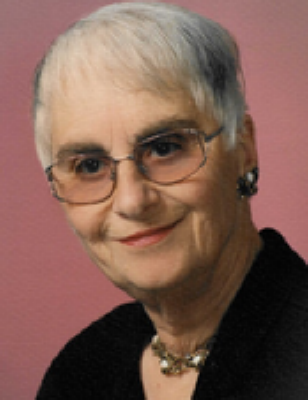 In Loving Memory Of

Look inside to read what others
have shared
Family and friends are coming together online to create a special keepsake. Every memory left on the online obituary will be automatically included in the book.

In Loving Memory Of

Look inside to read what others have shared

Family and friends are coming together online to create a special keepsake. Every memory left on the online obituary will be automatically included in the book.

You can still show your support by sending flowers directly to the family, or by planting a memorial tree in the memory of Barbara Ann Marcellus
SHARE OBITUARY
© 2023 Scanlon Funeral Homes. All Rights Reserved. Funeral Home website by CFS & TA | Terms of Use | Privacy Policy | Accessibility